A “royal fork” is a chess tactic where a single piece attacks the opponent’s king and queen simultaneously. 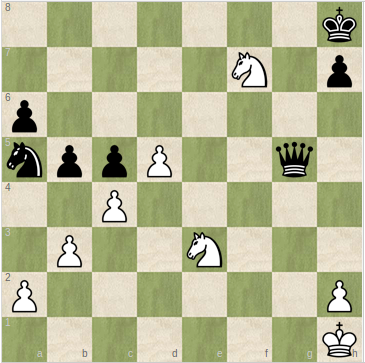 It’s rather poetic. We have the king; the most important piece in the game which must be protected at all costs; and the queen; a piece stronger than the next 2 most powerful pieces combined. In the above position, the almighty king and dominant queen both find themselves unescapably ensnared by a single, lowly, well positioned knight. The royal fork reminds us that it doesn’t take an army to push around 2 towering, seemingly unassailable pieces…..just an idea and stellar execution.

I think this serves as a decent metaphor for bitcoin. Like the knight, Bitcoin has positioned itself squarely between 2 giant institutions; the State, which regulates the monetary system, and the federal banking system, which runs the monetary system. Unlike the chess analogy, I don’t think the relationship between Bitcoin, States, and banks is or should ever be adversarial. Chess has clear winners and losers; the real world can accomodate success for everyone.

I’m a programmer by trade, but have always been interested in banking, economics, and politics. Bitcoin is the intersection of all the things I love and am passionate about. This blog will follow my personal journey as I learn more and more about Bitcoin, in all it’s facets.

In the next months, I hope to cover, among other things:

If you have any other ideas for posts, questions, or comments, feel free to contact me on Twitter: @royalforkblog or by email: rf@royalforkblog.com

PS: I own bitcoin, and have gotten paid exclusively in bitcoin for most of 2014.